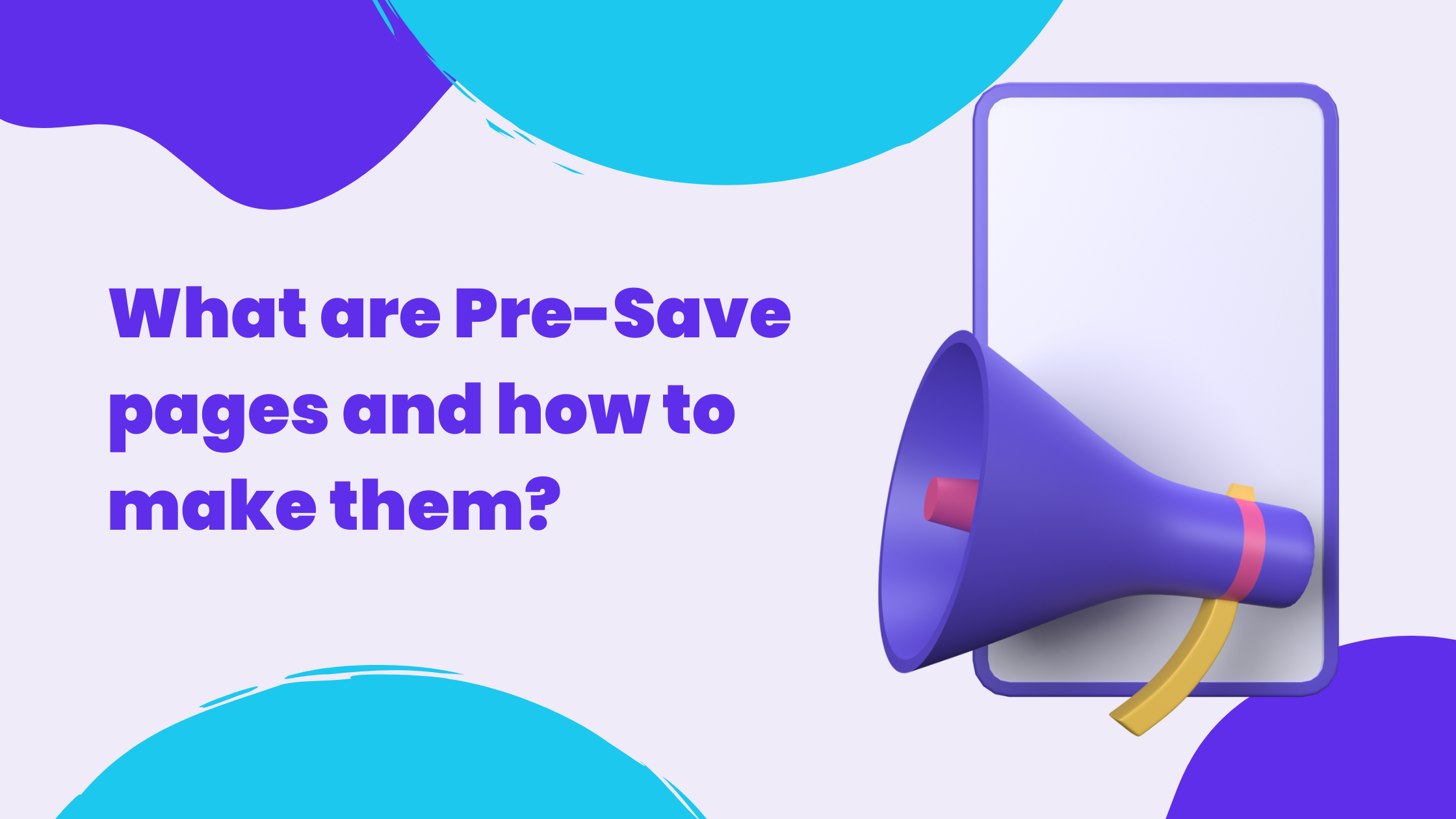 What are Pre-Save pages and how to make them?

An artist has composed a wonderful album and wants to release it. He realizes that he needs to promote it aggressively so that it reaches a wider audience. So, he has to use some promotional tactics to market his product.

The pre-save campaign is one such promotional tool wherein artists try to engage with their fans even before the album is released.

Let us first try to understand what a pre-save page is and how an artist benefits from it.

A Pre-save is a means by which an artist can create hype, excitement, and awareness about his album or song even before it is released. It is a way of connecting with his fans before the release date. In this, the artist encourages his fans to pre-save his album on streaming platforms before its official release.

In the digital world, digital music is not physically delivered like CDs, however, it has a release date on the streaming sites. So a pre-save page functions like a pre-order for streaming. In this, the fans can place a virtual order for the music which is going to be released shortly. The song or the album then gets added to the fan's streaming libraries the moment it streams live. This ensures that the fan does not miss out on listening to the music once it is streamed.

For artists, it is very important to increase their streaming numbers to become popular. It is here that the pre-save pages come into the picture. A pre-save page helps in building momentum and excitement amongst the fans for the song or album even before it is released.

Hence, pre-save pages have become an inevitable marketing tool to create the necessary hype and anticipation for songs and albums even before release.

Importance of a Pre-save page

• Pre-save pages help in creating that necessary hype that is needed for the promotion of the artist's music. They are the latest trends that help in building excitement before the release date thereby converting followers to fans.

• Pre-save pages create awareness about the song or album plus it also helps the fans add your song or album to their collection thereby assuring the artist that they will listen to his song or album.

• With the help of the pre-save page, the fans do not need to search for the song for it is present in their library where they have pre-saved it. So there is no chance of them forgetting it or the artist having to remind them.

• With the help of a pre-save page, the artist’s music can be heard by the creator of the playlist on release day plus anyone who subscribes.

• With pre-saves, the artist can attract the attention of streaming services, who will then include it in their playlist, thereby making that song or album hugely popular.

• On release day, if the pre-save manages to gather a lot of saves and streams, then it can help the artist land on popular streaming sites like Spotify’s Discover Weekly.

• Pre-save helps in growing the artist’s streaming numbers in many ways. Besides, algorithm-based streaming sites such as Spotify measure the number of people who listen to a particular artist’s song, the duration for which they listen, and the frequency with which they listen. All this data is essential for the artist to understand the analytics of the song. The artist can then use this data to promote his music further.

• Pre-save helps the artist to create a customer base with the help of its data.

• It can help the artist invite his fans to his mailing list, thereby broadening his fan base. 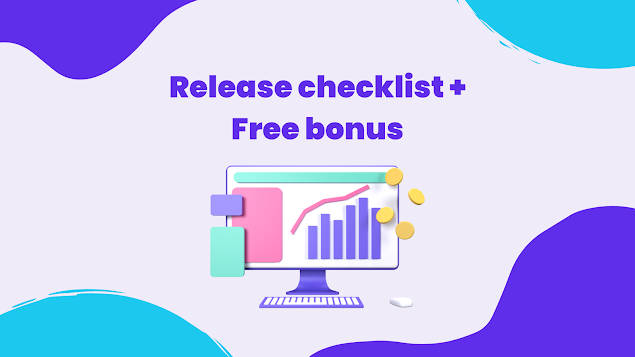 How to create a Pre-save page?

• An artist can create a pre-save page after his music has been approved by the music distributor and sent to streaming stores. Then the artist has to decide on the ‘sales start date’.

• After that, the artist can request URLs for Apple Music, Deezer, and Spotify.

• Then the artist has to navigate to Create New Marketing Link and select Pre-save.

• The artist can give some more interesting details about the music release by entering custom metadata on the Upcoming Release Details page.

• Then the artist has to select the service that he wants to offer pre-save on. Also, the artist can put in the date when his music release will go live.

• Then the artist has to give a custom name to the pre-save and launch it. It will then appear on the Releese dashboard. There one can get an overview of visits, conversion rates, etc.

• Then the artist can share the pre-save campaign on social media.

How does a Pre-save work?

Pre-saves can be used comfortably with almost all the streaming services. First, create a Pre-save link using a link platform like Releese. Then it can be included in the artist’s promotions across the web. So that when the fans click the link, they will be asked to authorize the pre-save. After they authorize the pre-save, the track will be added to their library when it is nearing release.

What are some of the main Pre-save actions present in streaming services?

The Pre-save actions that a streaming service provides are vital to any artist or fan.

Here are some of the main pre-save actions that are present in the most popular streaming services:

How do Spotify pre-saves work?

When fans choose Spotify, the actions included are saving a track/album to the library or following the artist. Spotify also views account data.

How do Apple Music pre-saves work?

When it is termed pre-add, Apple Music allows fans to add the song or album to their library.  However, Apple Music, unlike Spotify, does not have the option of allowing the fans to automatically follow the artist.

How do Deezer pre-saves work?

Deezer pre-saves work with the help of a Releese pre-release link that adds tracks, songs, albums, etc. to Favorites. Favorites are much like a library. Account data can also be viewed on Deezer.

In this competitive world of streaming music, where there are thousands of artists and track out there in the digital world, managing to get fans' attention is extremely difficult for any artist. Hence, the Pre-save page helps the artists by making sure that their fans do not miss their newly released tracks and albums and that the fans listen to the music when it is released. The Pre-save page campaign is also a great promotional tool that can provide a much-needed boost to the artist’s track or album.

In this article, we have understood what a pre-save page is, why it is important to promote music, the simple steps involved in making a pre-save page, and how a pre-save page works. We have also studied how the streaming giants like Apple Music, Spotify, and Deezer pre-save work and in what way it benefits both the artist as well as his fan.

Manage your entire music business in one place

Get started for free