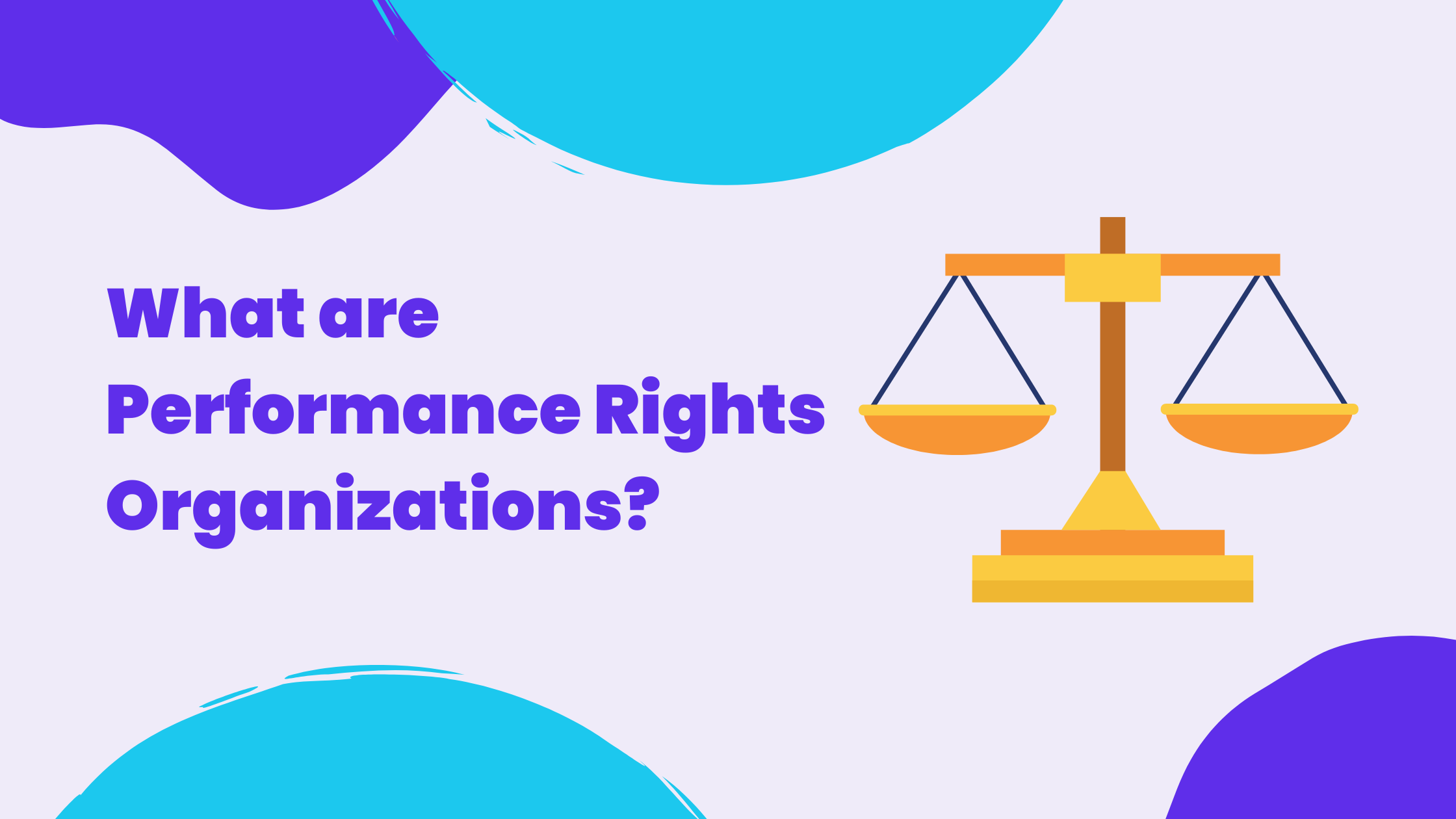 What are Performance Rights Organizations?

A Performance Right Organization or PRO for short are organizations, collecting royalties on behalf of songwriters and publishers, and essentially function as middlemen between music users and music creators.

There are three major PROs in the US: BMI, ASCAP, and SESAC — though SESAC is more specialized and invitation-only, so, for most of us, the choice is between BMI and ASCAP. And then there’s also AMRA — a digital collections society processing mechanical and public performance royalties, generated by streaming services around the world.

What are performance royalties?

Performance royalties are paid to songwriters and publishers when a song is played (i.e. performed publicly) in a live venue, on the radio, on a digital streaming platform, or on TV, film.

How does it work? Live venues, bars, restaurants, digital streaming platforms (e.g. Spotify, Pandora), and radio stations all pay the PROs for a blanket licence to use all of the music in the PRO’s catalogue. Then, they record everything they play in broadcast logs, and send these logs to the PROs, who distribute royalties based on a number of factors, including: number of plays, station or medium, time of day the song was played, and more. 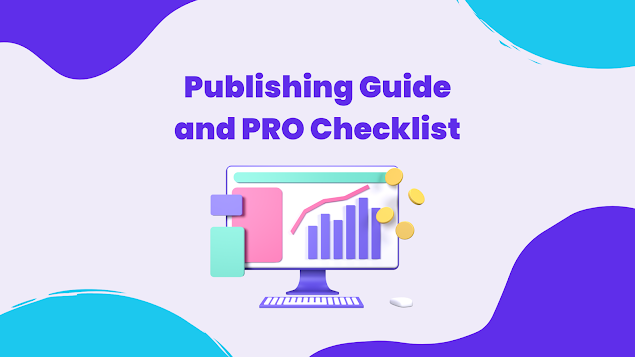 With this extensive list of Performance Rights Organization, you can build your own publishing network, collect your royalties and operate globally

The big 3 PROs (+ the digital newcomer)

In the US, there are 3 major PROs who collect performance royalties (BMI, ASCAP and SESAC), along with a digital-first newcomer, AMRA that puts a spin on the PRO model. AMRA’s company mission is to offer songwriters both in the US and around the globe, a single-step, unified performance royalty collection pipe.

BMI is a nonprofit organization that was founded in 1939 and is the largest of the PROs. BMI’s music licensing repertoire includes over 900,000 songwriters and 14 million musical compositions, and in 2018 BMI collected $1.199 billion in licensing fees and distributed $1.12 billion in royalties to songwriters and publishers.

Songwriters can join BMI for free, while individual publishers must pay $150 and publishing companies must pay $250. Membership with BMI comes with a number of benefits, including:

● Songwriting camps and workshops for musicians

● Discount for songwriters Hall of Fame

● Discounts for many songwriting apps and services

ASCAP is the second-largest PRO in the US and was founded in 1914, representing over 600,000 songwriters and 11 million musical compositions. In 2017, ASCAP collected $1.14 billion in licensing fees and distributed over $1.007 billion to it’s clients.

Unlike BMI, ASCAP isn’t quite free: songwriters have to pay $50 to join, though the price for publishers is also $50 (a bit lower than BMI). Here are some of the perks you get with an ASCAP membership:

● Membership in MusicPro program, which provides discounts on health, dental,

● Discount on ASCAP Web Tools, a collection of marketing apps

● Discounts on hotels and rental cars

Unlike BMI and ASCAP, SESAC is a for-profit organization that was founded in 1930. Much smaller than the two above PROs on this list, SESAC represents over 30,000 songwriters and 400,000 musical compositions. In 2016, SESAC collected between $400-500 million in licensing fees.

Another thing that makes SESAC unique: membership is not open for all, instead, songwriters and publishers must be invited to SESAC. If you do get the invitation, here are some of the features you get:

● 15% discount on your first year at SongTrust

While SoundExchange is known as the new kid on the block, there’s even newer a collection society on the market. AMRA opened shop just in 2014, focusing primarily on the US market — though they’ve recently branched out into Europe since then. AMRA collects mechanical and public performance royalties for compositions from streaming services only — no radio, restaurants, or anything else, just digital.

AMRA is a bit different from the other collection societies on this list: rather than offering discounts and memberships, their main selling point is to make the collection of digital streaming royalties much more efficient for songwriters. Typically, royalties travel through a complicated pipeline that not only takes a long time but also loses some of the royalties in the process. AMRA cuts out the intermediaries — collecting royalties directly — and uses an advanced technological approach to minimize errors and enhance efficiencies.

In 2015, AMRA was purchased by Kobalt, a giant in the music publishing world with a reputation of technology-driven disruptor, so, while they’re currently much smaller than the others on this list, expect to hear more about them as digital streaming becomes more and more prevalent. 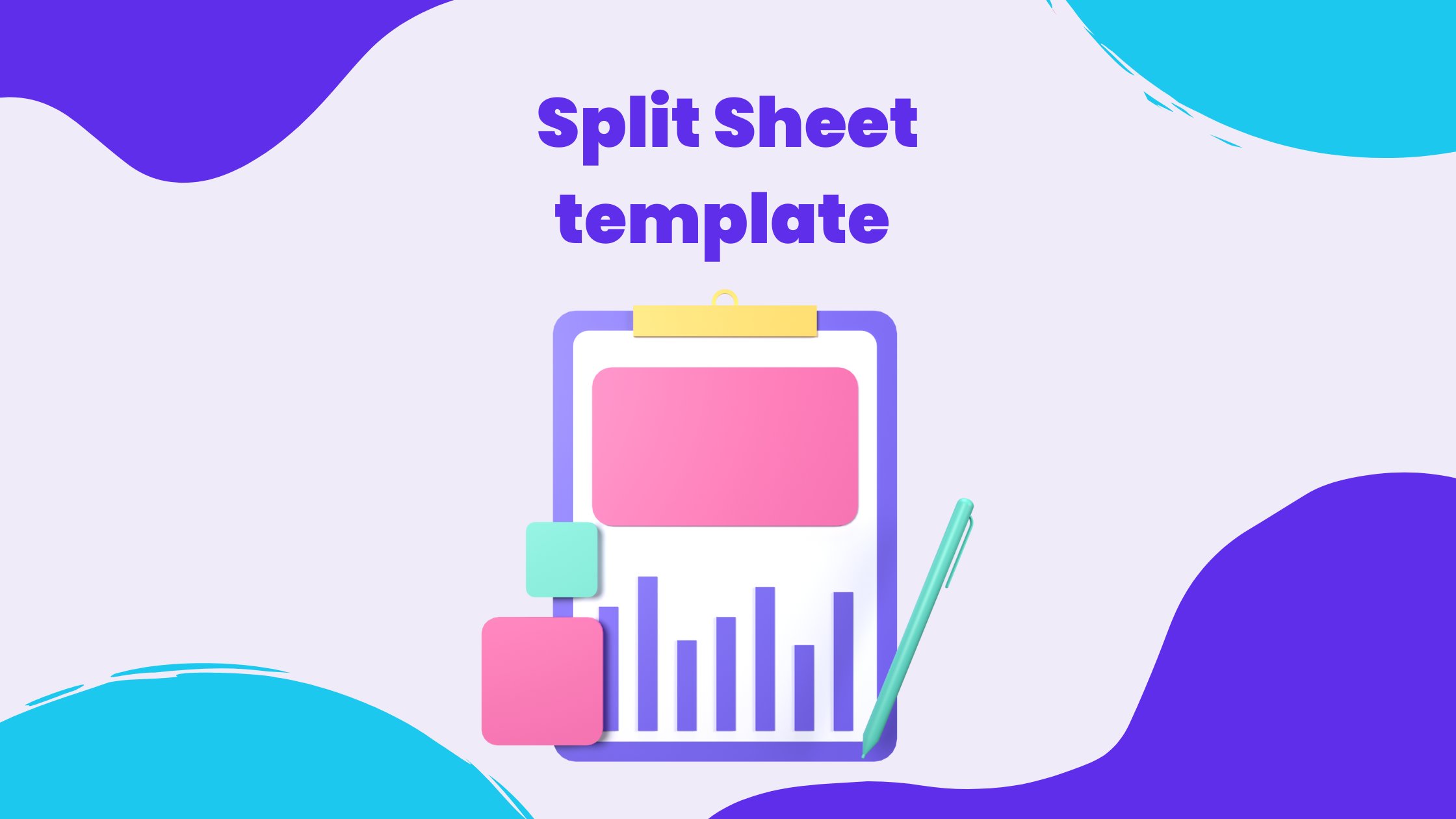 Not sure what percentage you own in your compositions? Stay in the know by using our split sheet template

BMI vs ASCAP vs SESAC: which one is for you?

If you compare the list of perks and benefits that BMI and ASCAP offer, you’ll find that they’re pretty similar: discounts for membership with music-related organizations, subscriptions to publications, and travel discounts, to name a few. Overall, though, BMI’s discounts are geared slightly more towards indie songwriters (with songwriting camps and subscriptions to songwriting apps), while ASCAP’s discounts are aimed more at live performers (they offer airport and hotel discounts). So, one isn’t really better than the other, it’s more about which perks you would prefer: songwriting tools/workshops or touring-related discounts.

There’s a measurable difference between the two PROs in this area: ASCAP contracts are 1-year for songwriters, while BMI contracts are 2-years. So, if commitment isn’t your thing and you’d prefer flexibility (maybe you’re hoping for that SESAC invitation this upcoming year?), then BMI has a slight advantage.

BMI gets a slight edge for songwriters here: joining BMI is free for songwriters, while ASCAP requires a one-time $50 fee. However, if you’re a publisher, then you may want to go with ASCAP: joining ASCAP as a publisher is only $50, but BMI charges $150 for individual publishers and $250 for publishing corporations. Along with BMI, one of the advantages of getting a SESAC invitation is that signup is free of charge.

Payout speeds can vary, but BMI royalties are distributed slightly faster, with an average payout time of 5.5 months compared to 6.5 months for ASCAP.

Payout speed is also one of the selling points of SESAC: they expedite the collection process and complete payouts in as little as 90 days after the quarter in which the song was played finishes. So, if your song played at the beginning of January, then you might not receive a royalty until June (about 6 months), but if it’s played in late March you’ll get it in a little over 3 months.

BMI and ASCAP are very similar in how they collect and payout performance royalties, and have similar perks and benefits, but the lack of signup fees and faster payouts can make BMI a slightly smarter choice for songwriters. However, if you’re more interested in live touring-related discounts, or if you’re a publisher and want to save a little money, then ASCAP might be a slightly better choice.

SESAC is a bit of a different animal from BMI and ASCAP, and not just because they’re invitation-only. Their smaller size allows them to give more attention to individual artists, develop relationships, and work to advance careers, whereas with BMI and ASCAP you’re really just one in a million. But, to get a SESAC invitation you need a decent amount of clout and traction in the music industry.

Every dope artist you’ve ever heard of is a member of a PRO, and every time you’ve heard that artist’s most famous songs in public it’s probably earned them bank thanks to a PRO. Joining one is more or less a necessity for songwriters, so here are the basics.

Who is eligible to join a PRO?

If we’re talking about ASCAP or BMI, then any songwriter or publisher can join. As we’ve mentioned above, SESAC is the only PRO that requires an invitation.

Do I need to join a PRO?

Joining a PRO isn’t a legal requirement or anything, but if you don’t join a PRO, then you can’t collect performance royalties: it’s that simple. So, if you’ve got any music out gathering plays on streaming platforms, in bars, on radio, or in commercials, then make sure to join one!

When should I join a PRO?

Firstly, you NEED to join a PRO if you have any music being performed publicly. That being said, you probably shouldn’t wait until your work is garnering radio airplay and digital streams to join. Membership in a PRO comes with other features and benefits that can be beneficial even if your music is not yet being played publicly. So, to answer the question: join as soon as possible, but at the very latest when you’re actually earning performance royalties.

How do I join a PRO?

It’s easy! Just go to BMI or ASCAP’s respective websites, submit an application, then pay the membership fee and you’re in!

The information provided on this website does not, and is not intended to, constitute legal advice; instead, all information, content, and materials available on this site are for general informational purposes only.  Information on this website may not constitute the most up-to-date legal or other information.  This website contains links to other third-party websites.  Such links are only for the convenience of the reader, user or browser; Releese and its members do not recommend or endorse the contents of the third-party sites.

Manage your entire music business in one place

Get started for free